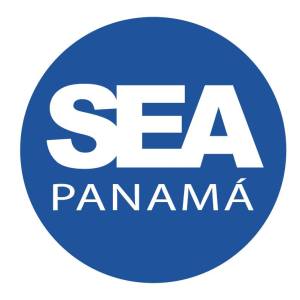 The International Authors Forum (IAF) – a network of 56 organisations representing over 600,000 individual creators worldwide – has written to Government Ministers in Canada. It asks them to take action to undo the damage to Canadian authors by a change to Canada’s copyright law in 2012. IAF’s solidarity with Canadian authors has become necessary due to the disastrous consequences of weakening authors’ rights which has seen the Canadian writing and publishing sector lose 30 million Canadian Dollars in royalty income.

The letter explains the importance of the licensing systems that have been all but abandoned in Canada, thanks to this change in the law, which paid authors for educational uses of their work, keeping authors creating and costs to education low.

Canada’s support for arts and culture professionals used to be the envy of the world. Now, when I speak internationally about my country’s creator rights climate, I’m met with shock and disbelief. Our reputation as a progressive nation on culture has taken a big hit, and we’re scaring away serious investment. It’s vitally important our new government hears the united concern of authors around the globe, so they can fix the damage.

The cause of this dismantling of the licensing system was the Copyright Modernisation Act, which brought the change in the law into effect, adding the word ‘education’ to the ‘fair dealing’ provisions in the Copyright Act of Canada.

The latest alarming development is the decision of the Canadian Copyright Board in March 2016 to cut the tariffs charged for photocopying in K-12 schools severely, under the premise that the majority of copying now counts as ‘fair dealing’, rather than being protected by copyright. This is yet another overly broad interpretation of the law set to erode authors’ incomes further.

However, a broad cultural policy review has just been announced in Canada, the stated goals of which are “to foster the creation of Canadian content across the country, but also increase the international audience for Canadian creators”. This will be an opportunity to further highlight the negative effects of the copyright changes to the Canadian Government. IAF and its members hope the Government is willing to listen to creators’ perspective and work towards improving the situation; they will do everything they can to encourage this outcome and continue to support their fellow creators.

About the International Authors Forum:

The International Authors Forum (IAF) is a global network of authors’ organisations. Currently, it has 56 members, between them representing well over half a million writers and visual artists worldwide. IAF works to protect and uphold copyright and authors’ rights, which are vital to sustaining authors’ work, and the world’s cultural heritage and creative industries, on local and global levels. Together, IAF’s members – who represent authors in their own countries – can share knowledge, support one another and take action to ensure all authors, no matter where they are, have the tools to meet the challenges and opportunities of the digital age.